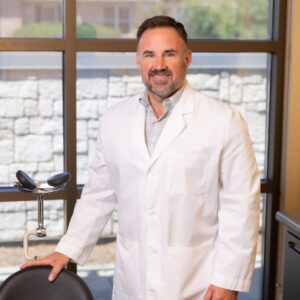 Dr. Seago was then accepted into the Oral and Maxillofacial Surgery program at the University of Texas Medical Branch in Galveston and received his certificate in 2005. While in Galveston, Dr. Seago received extensive training in all aspects of Oral and Maxillofacial Surgery with special emphasis on trauma, pathology, orthognathic surgery, and dentoalveolar surgery. He was blessed to be able to participate in Shriner Hospital’s Cleft Lip and Palate Clinic.

When not performing oral surgery, Dr. Seago can be found participating in multiple marathons and has even completed three Ironman triathlons in Texas, Tennessee, and Canada. He stays active in the community through his leadership in a weekly men’s bible study, participation in numerous foreign mission trips, and maintains membership in local dental societies. The joy of his life is his family. He is married to Stacy Harmon Seago and has been blessed with the honor of raising Bryant, Mary Grace, Ellie, and Annie Louise.

Back to the top